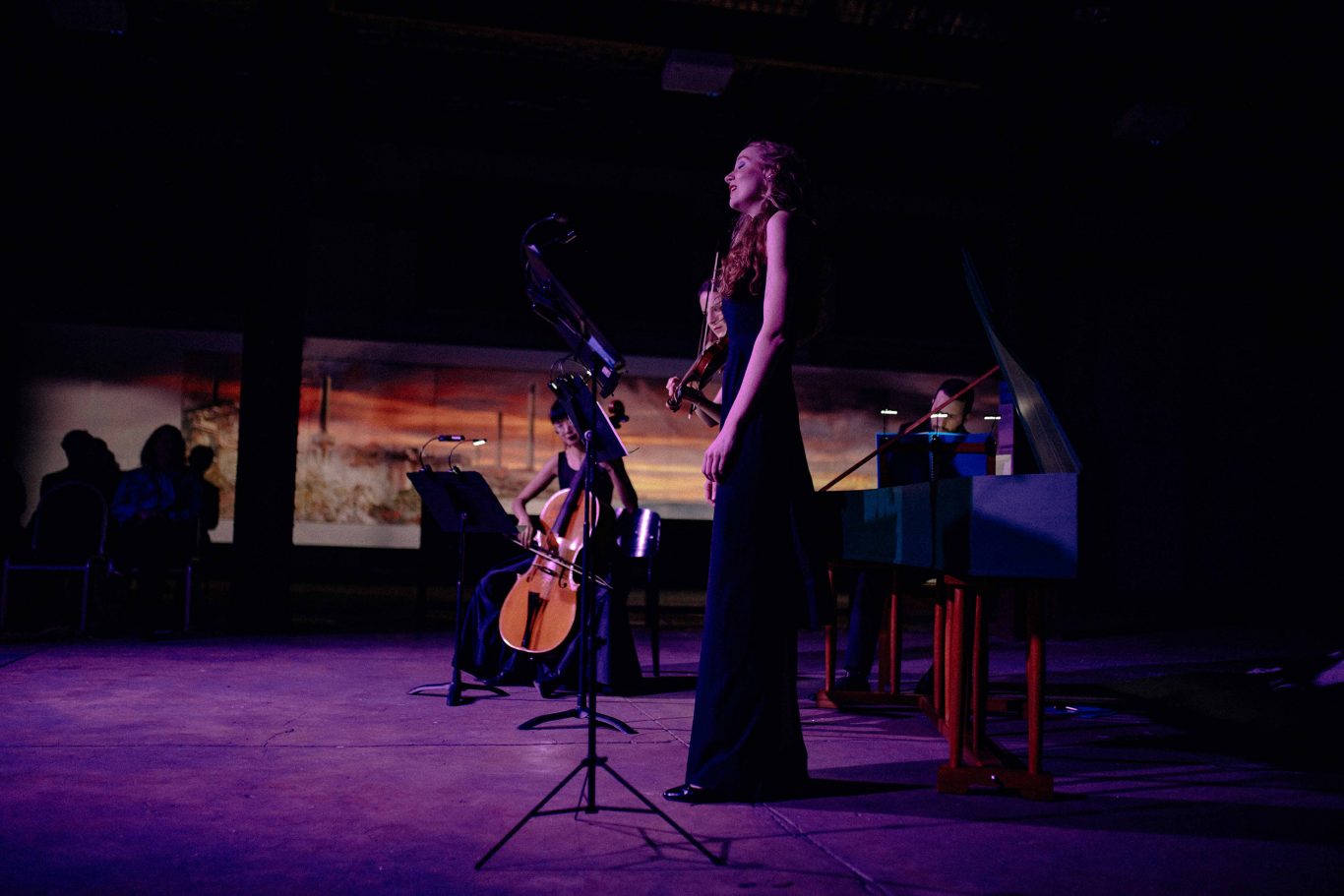 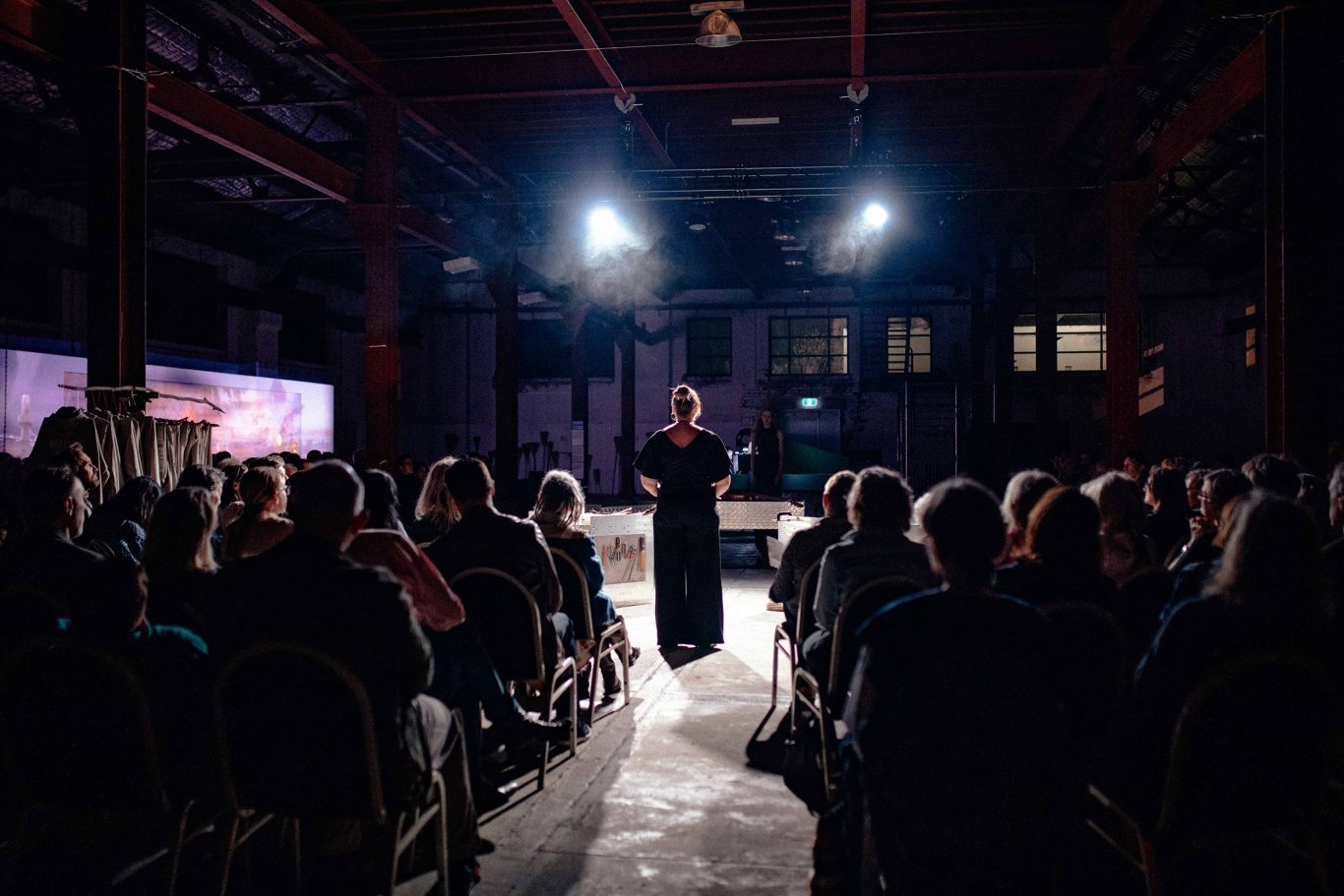 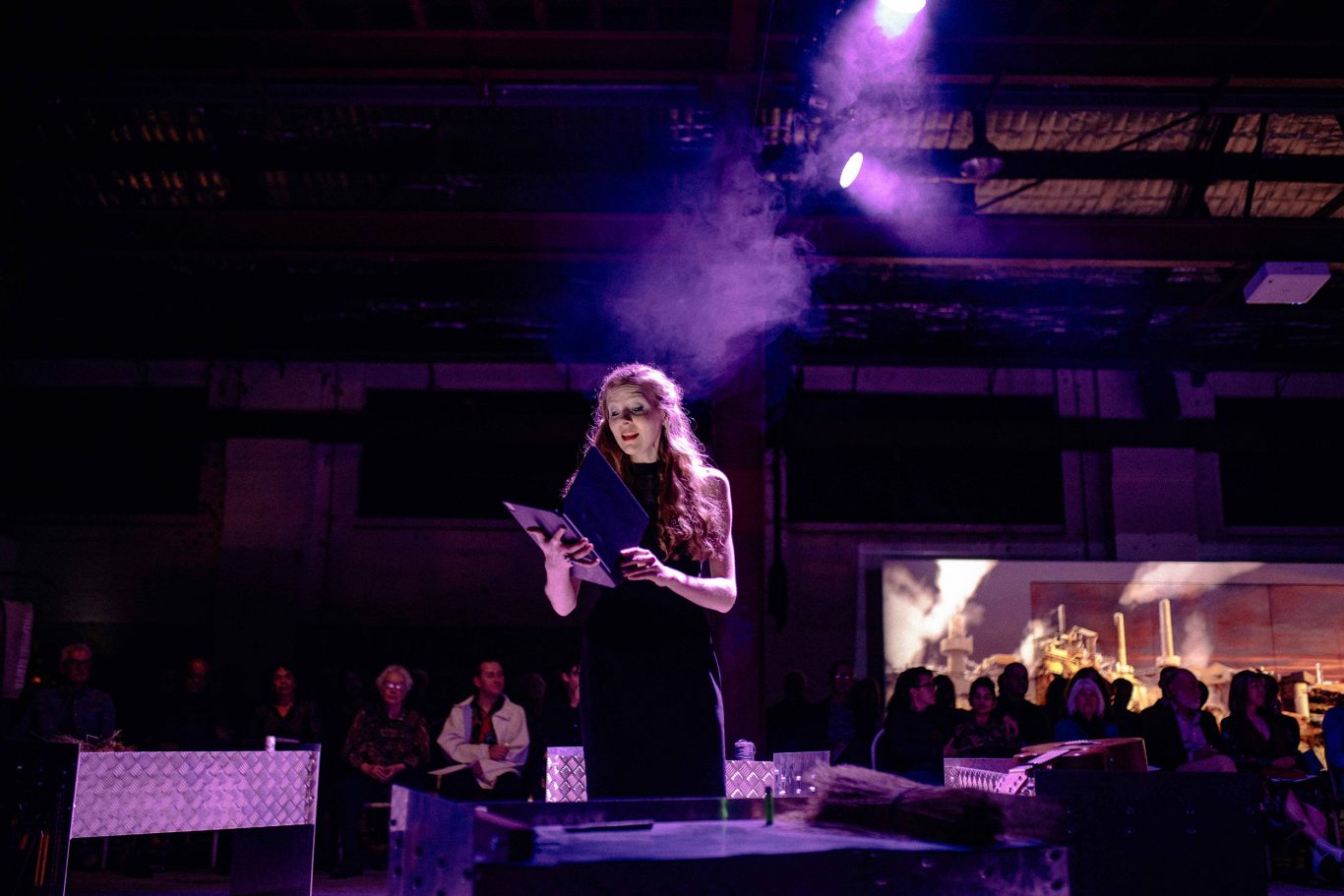 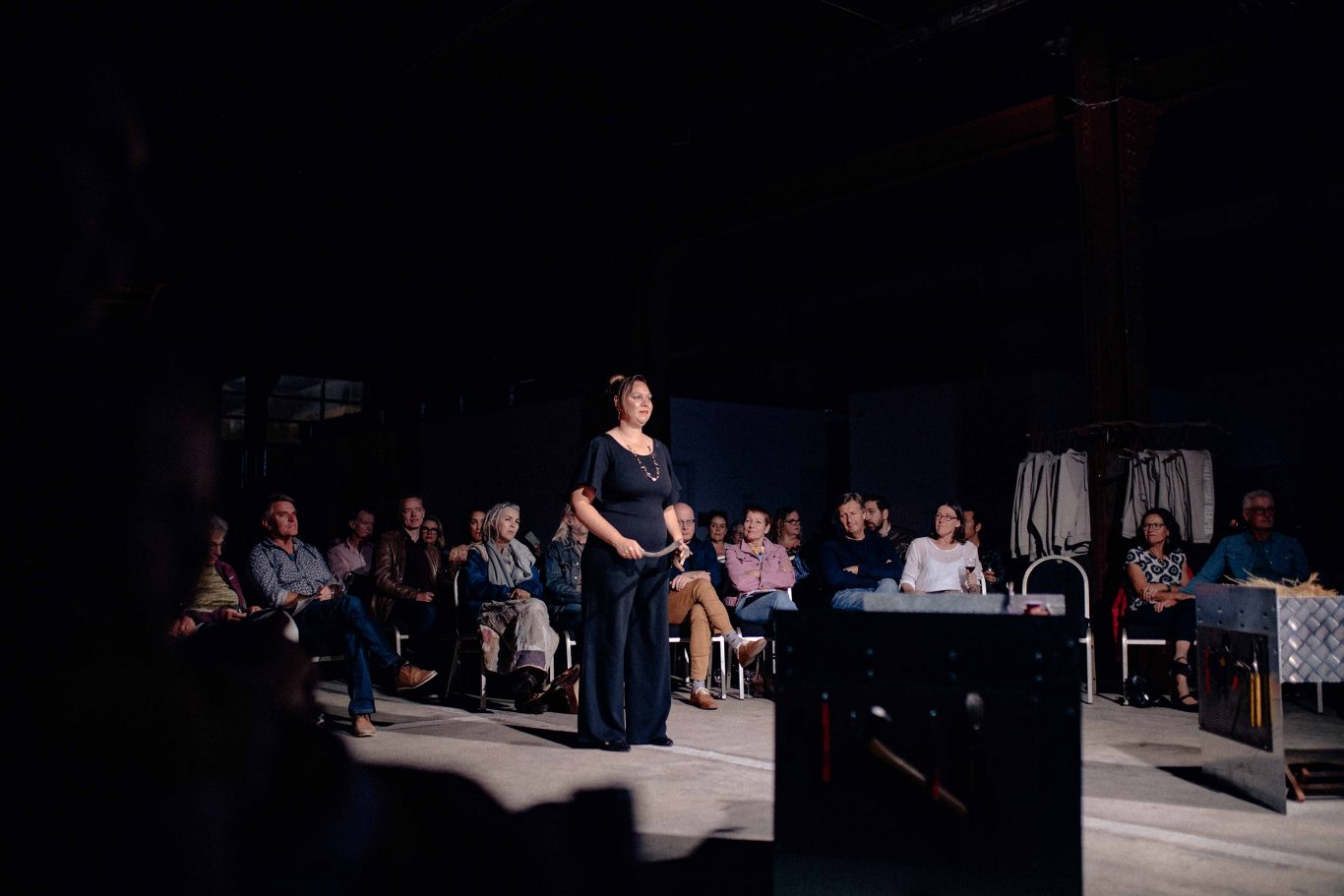 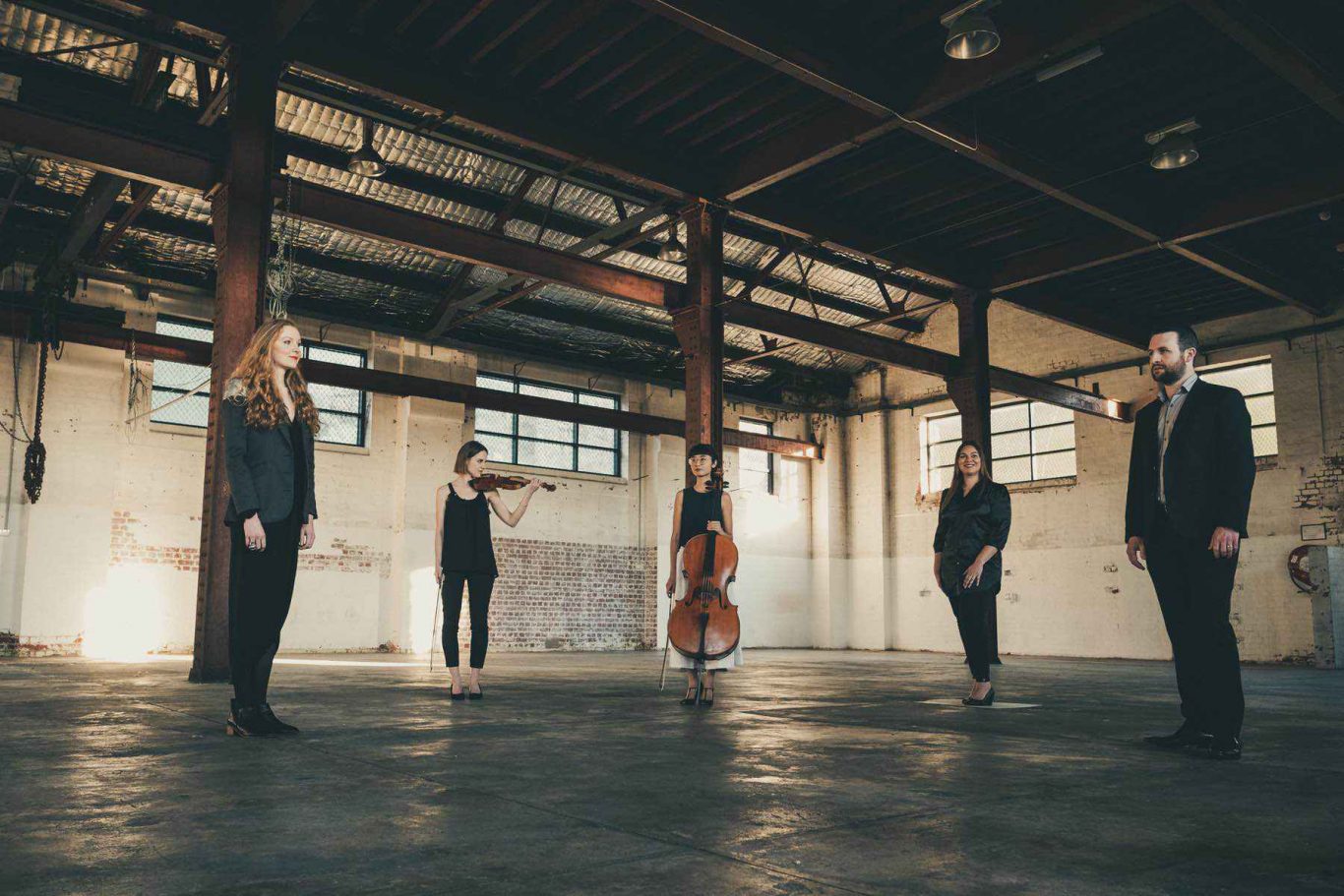 European Baroque music, including songs, opera arias and instrumental chamber music, will be heard alongside the sounds and music belonging to this land and the Whadjuk Nyoongar people.

Inspired by stories of crossing, HIP Company’s new work Meeting Place is a concert of the group’s signature style of historically informed performance practice and Early Music, transformed by song performed by Nyoongar singer Lilly Gogos. Recreated for the first time will be two songs by composer Clint Bracknell about a Nyoongar man, Miago, who lived aboard the HMS Beagle from 1837–38.

Meeting Place speaks to a crossing of two cultures and their stories of sea and river voyages, homes and foreign lands, isolation and connection, life and death.

Violinist, Sarah Papadopoulos, studied Music at the University of Western Australia, graduating in 2016 with First Class Honours in Baroque Performance under the guidance of Paul Wright, Shaun Lee-Chen and Suzanne Wijsman. In Europe, Sarah has performed in the Urbino Early Music Festival, the Academy of Ancient Music in Bruneck, the Apollo Ensemble Summer Academy, and the Julliard at the Piccolo Academia in Montisi. She performs on modern and Baroque violin with Western Australian orchestras including Australian Baroque, the WA Philharmonic Orchestra, Perth Symphony Orchestra, Perth Chamber Orchestra, and Fremantle Chamber Orchestra.

Soprano, Bonnie de la Hunty, has performed Baroque and Classical opera, oratorio, song recitals and chamber music across Australia and Europe. A graduate of Early Music studies at the Royal Conservatoire of The Hague, Netherlands and WAAPA, Perth, and holding a Masters from the Royal Academy of Music, London, she has also been a soloist with the Australian Brandenburg Orchestra, Perth Symphony Orchestra, Freeze Frame Opera, Lost and Found Opera, Adelaide Baroque, Australian Baroque, WASO Chorus, Perth Symphonic Chorus; and member of The Song Company, Polyphony, Giovanni Consort, and St George’s Cathedral Consort.

Since graduating from studies at the University of Western Australia, cellist Krista Low has pursued a varied career in historically informed performance, contemporary music and everything in between. As an undergraduate, she was awarded the Pauline Steele Memorial Prize for Solo Cello, the Margaret Bello Prize for Chamber Music and a Wesley Mission Scholarship. She subsequently received a University Postgraduate Award to undertake a Masters in Music at UWA under the supervision of Dr Suzanne Wijsman, which she completed in 2015. Krista has participated in master classes and festivals in Canada, France and the Netherlands and appears frequently as a solo, chamber and orchestral musician on both Baroque and modern cello.

Lilly Gogos is a singer and songwriter from Perth, Western Australia. Her love for music began at a young age, with her first public performance being at age five. Lilly holds Certificate IVs in Performing Arts (Singing) from The Aboriginal Centre for Performing Arts (ACPA) in Brisbane QLD, and in Music from Abmusic in Perth WA. She has performed throughout regional Australia and toured to America with bands such as The Yabu Band and The Merindas, of which she was a founding member and which was nominated for Most Promising New Act in the Deadly Awards. Lilly has won awards including Best Aboriginal/TSI song at the 2003 MUSIC OZ Awards, and bronze medals for her original and country song performances in the 2014 World Championship of Performing Arts in Hollywood. Lilly has performed at major festivals including the Darwin Festival, Perth Blues and Roots, Australia Day Events, NAIDOC Celebrations, Oz AID at the Canberra Museum, AFL Indigenous Round, and Oz Concert. A number of her original songs have been featured on NITV music shows and on the Western Australian Music Industry Compilation Album. Lilly has recorded a five-track EP and is currently working towards recording her first album.

James Huntingford is a performer on both modern and historical keyboard instruments, including piano, fortepiano and harpsichord. James has performed as soloist with Perth Symphony Orchestra, West Australian Symphony Orchestra, Canberra Youth Orchestra, The National Capital Orchestra and Musica da Camera Chamber Orchestra. In 2006, James received his L.Mus.A. with distinction. He was winner of the Austrian Embassy’s Haydn Festival Competition (2009), as has been a two-time winner of the ACT’s National Eisteddfod Open Piano Recital (2008 and 2009). In 2013, James was awarded the Australian Society of Music Educators’ Lady Callaway Award for his diverse musical and artistic services to the Canberra community. In 2016 he moved from Canberra to Perth, and completed his Honours at the Western Australian Academy of Performing Arts (WAAPA), where he is currently pursuing a Master of Arts in Historical Research and Performance.

This is a seated performance.

Weather: This is an indoor event, and protected from the elements. As it is a large warehouse space with limited heating/cooling, we recommend bringing weather appropriate clothing.

Facilities: There are toilets, including all-access toilets in the venue. Water and seating is also available.

There is limited parking around the Naval Store, and we encourage walking, riding or catching public transport if possible. The venue is a 20-minute walk from both North Fremantle and Fremantle Station.

Parking and ramp access is available from Tuckfield Oval Parkland, Fremantle. The event area is accessed down a ramp and a footpath, and is approximately a 180m walk.