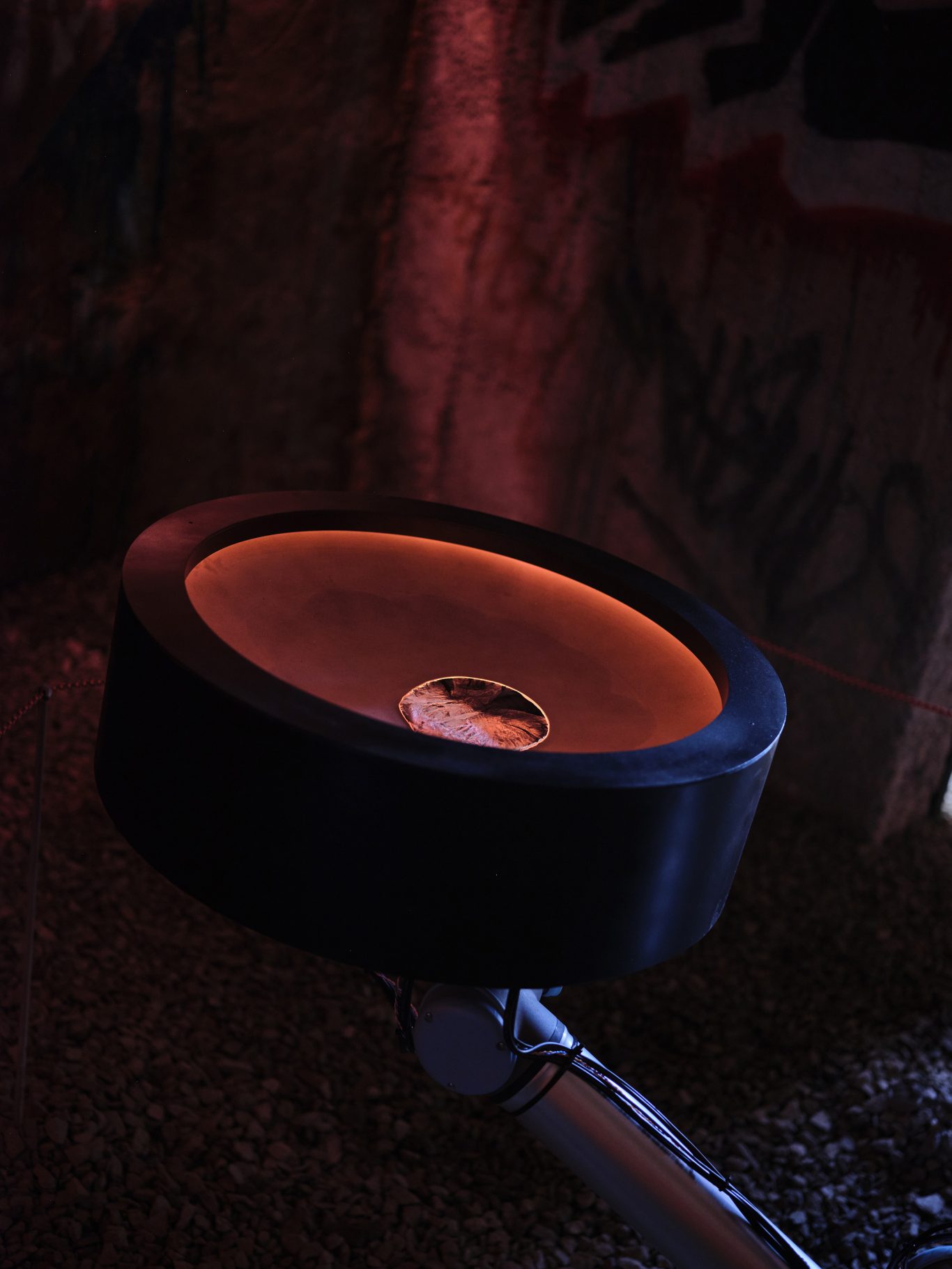 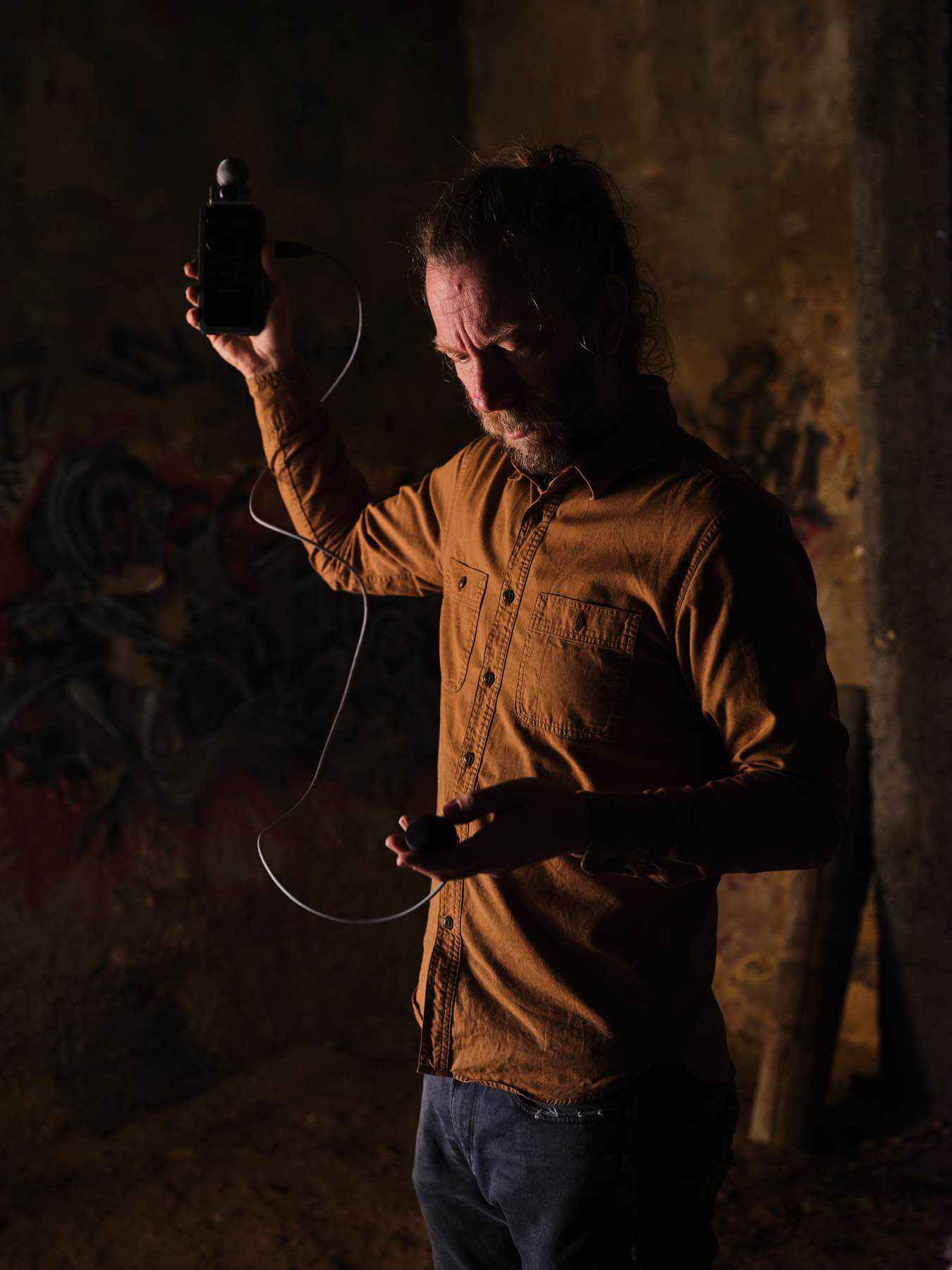 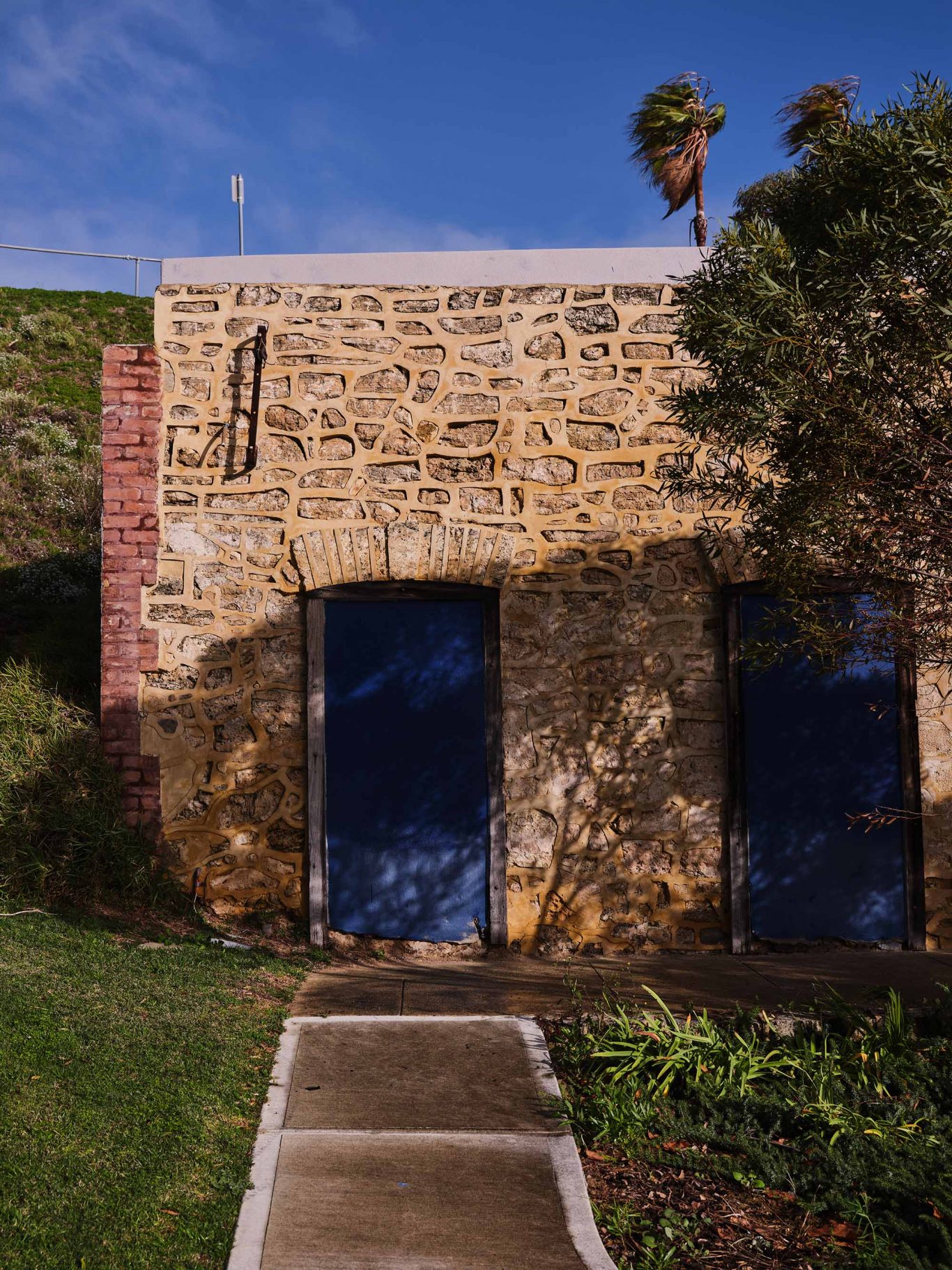 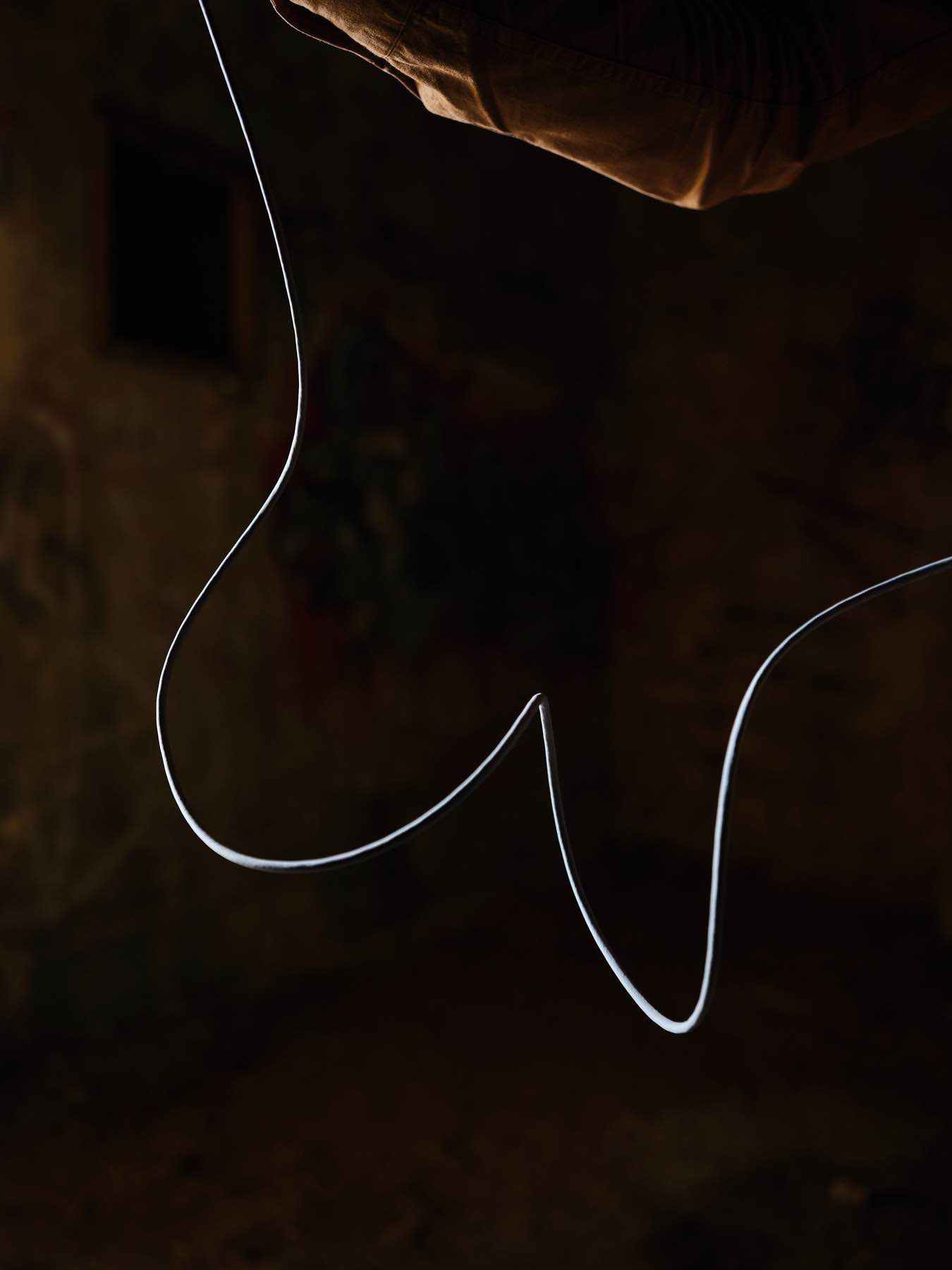 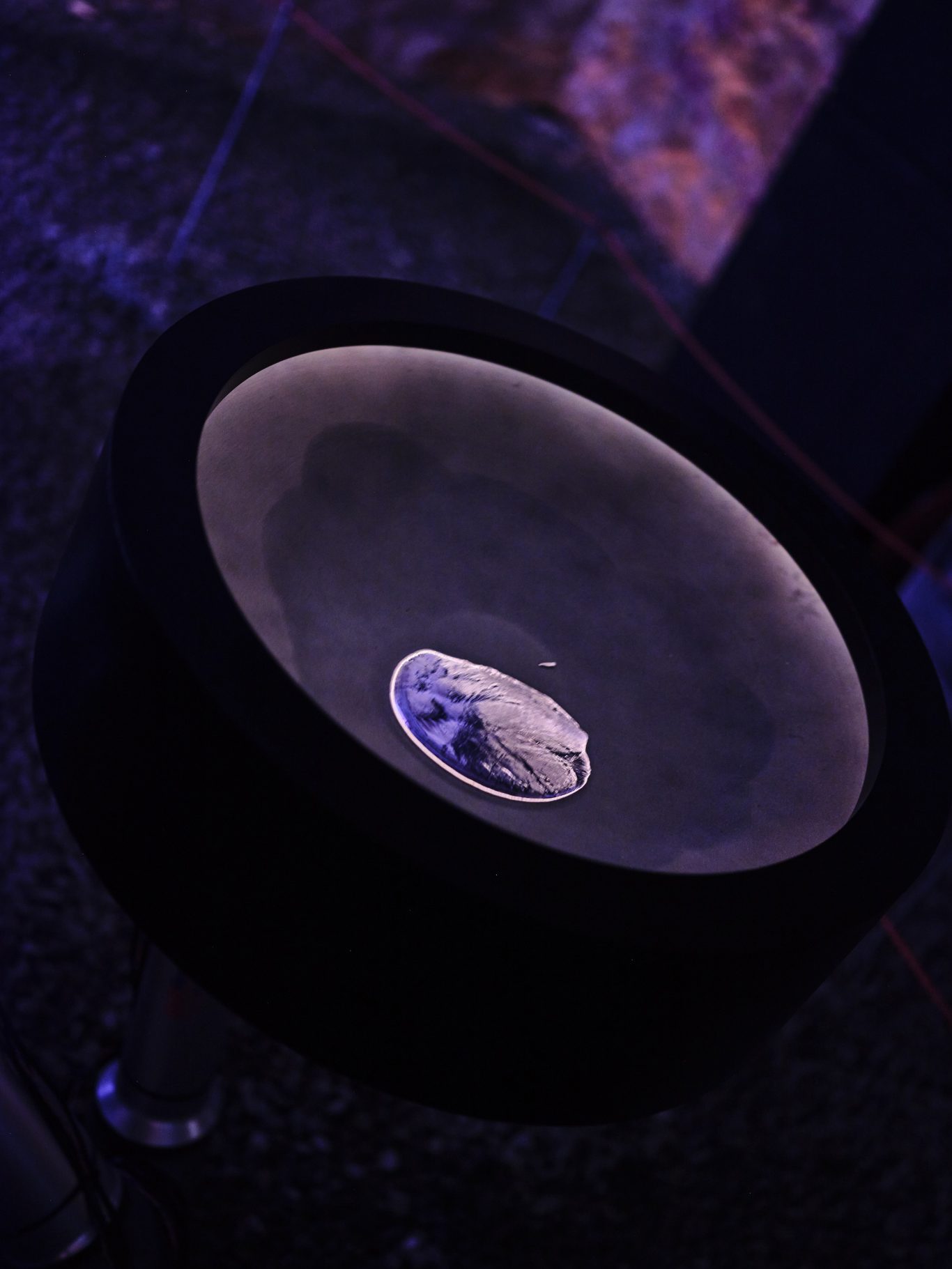 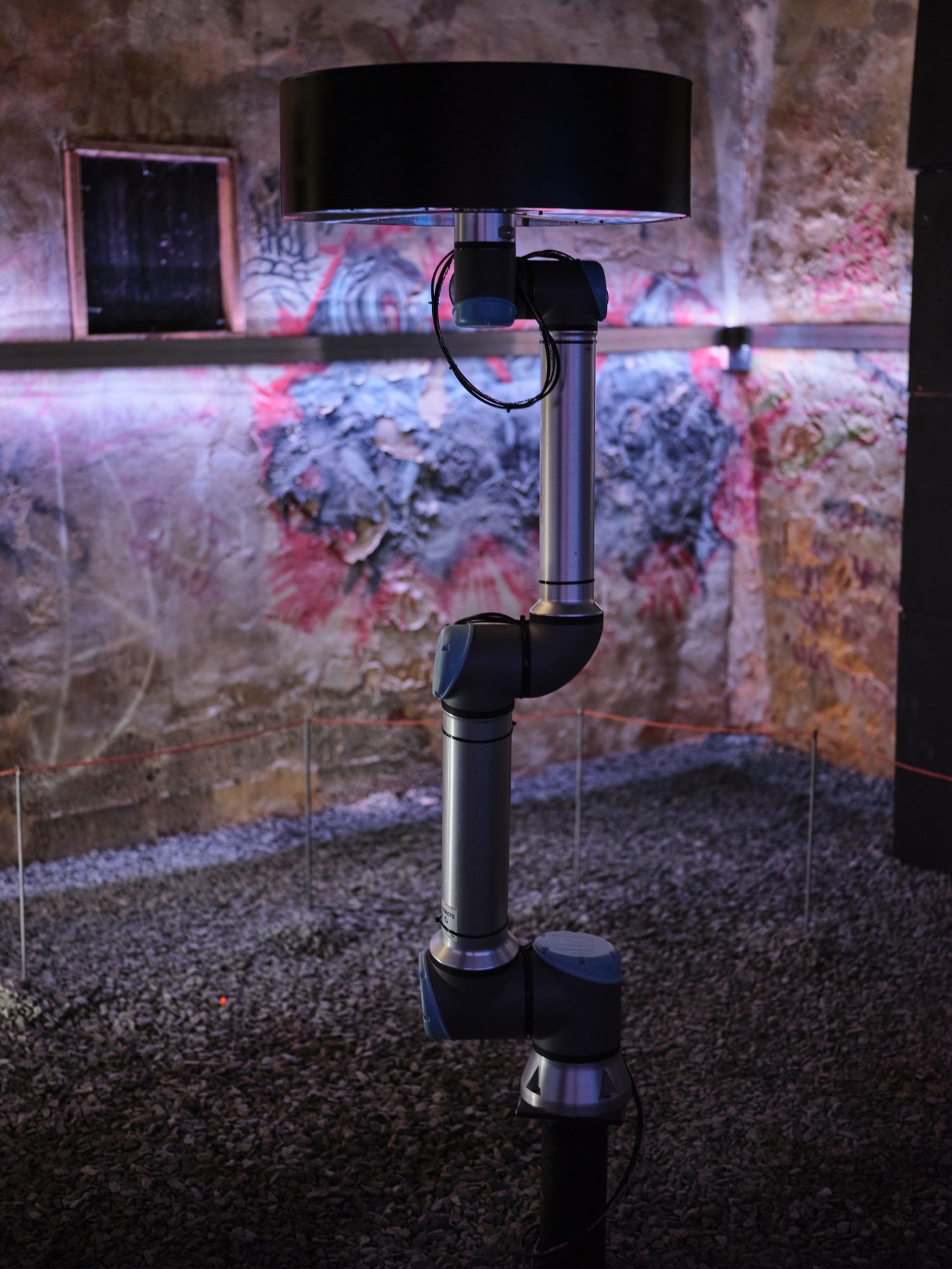 A remanent of a brewery from the early 1900s, the Plympton Pumphouse building has been a silent witness to an environment continuously in flux at the hands of human intervention. The landscape itself on which it sits has, of course, been in constant tectonic flow for millennia.

Transitions, a new work by artist Nathan John Thompson, makes visible the unseen sonic movements, histories and environments within this location. Manmade electromagnetic pulses, structural vibrations, geological movements, pre-recorded stories, and waterway movements are captured within the Pumphouse, processed and interpreted by a vibrational robotic body. Here sound takes the form of a transient liquid metal, called gallium, which moves with the robotic body in delicate ethereality. Transitions is an invitation to embrace ambiguity and understand paradox. It is a performative study into the impermanence of our being and the legacies of listening across time.

Transitions has been produced in collaboration with Matt Gingold.

Nathan John Thompson explores the possibilities of man/machine interaction, mechanical sentience and the hidden creative corners that arise from these relationships. Building Dissipative Systems – both electromechanical and biochemical – that play along the blurred edge of the interactive while showing independent intent and agency. Nathans work often manipulates life to question and problematise humanity’s position in the contemporary environment in order to build greater understanding of the inhabited space we share. His long-term enquiry surrounds the political and ethical issues encountered when we allow technology ‘open access’ to our lives. Nathan has shown work and performed throughout Australia, Europe, Asia and Latin America. In 2021 his work has received awards of excellence in both Ars Electronica and Japan Media Arts festivals.

He is the recipient of a Prix Ars Electronica Award of Distinction for Interactive Art, a Green Room Award for Best Video Design and two fellowships in computer vision and machine learning at the Open University (UK) and Simon Fraser University (CA).

Matt has recently completed a Graduate Certificate of Artificial Intelligence and is currently in residence at SymbioticA, where he is researching the ethics and aesthetics of (non)human (bio)logical complexity, mental health, madness and creativity, as part of the Australia Council’s Arts and Disability Mentorship Initiative.

Weather: This is an indoor space, with shelter from the elements, but with limited capacity.

Latecomers: This event is not held in sessions, bookings are not required and latecomers, as well as early comers, are most welcome.

Triggers: This is a small building with limited space and capacity. Please ensure that you are comfortable in a limited space prior to entering.

Facilities: The nearest public toilet (including all-access toilets) is located next to Beach St Co, a medium (850m) walk or short drive from the event area.

The event area is located in a small building accessed along a flat pedestrian foothpath. The floor within the building is dirt, gravel and uneven.

Parking: Accessible parking is available at J Dolan Park which is a short walk (50m) to the event area.