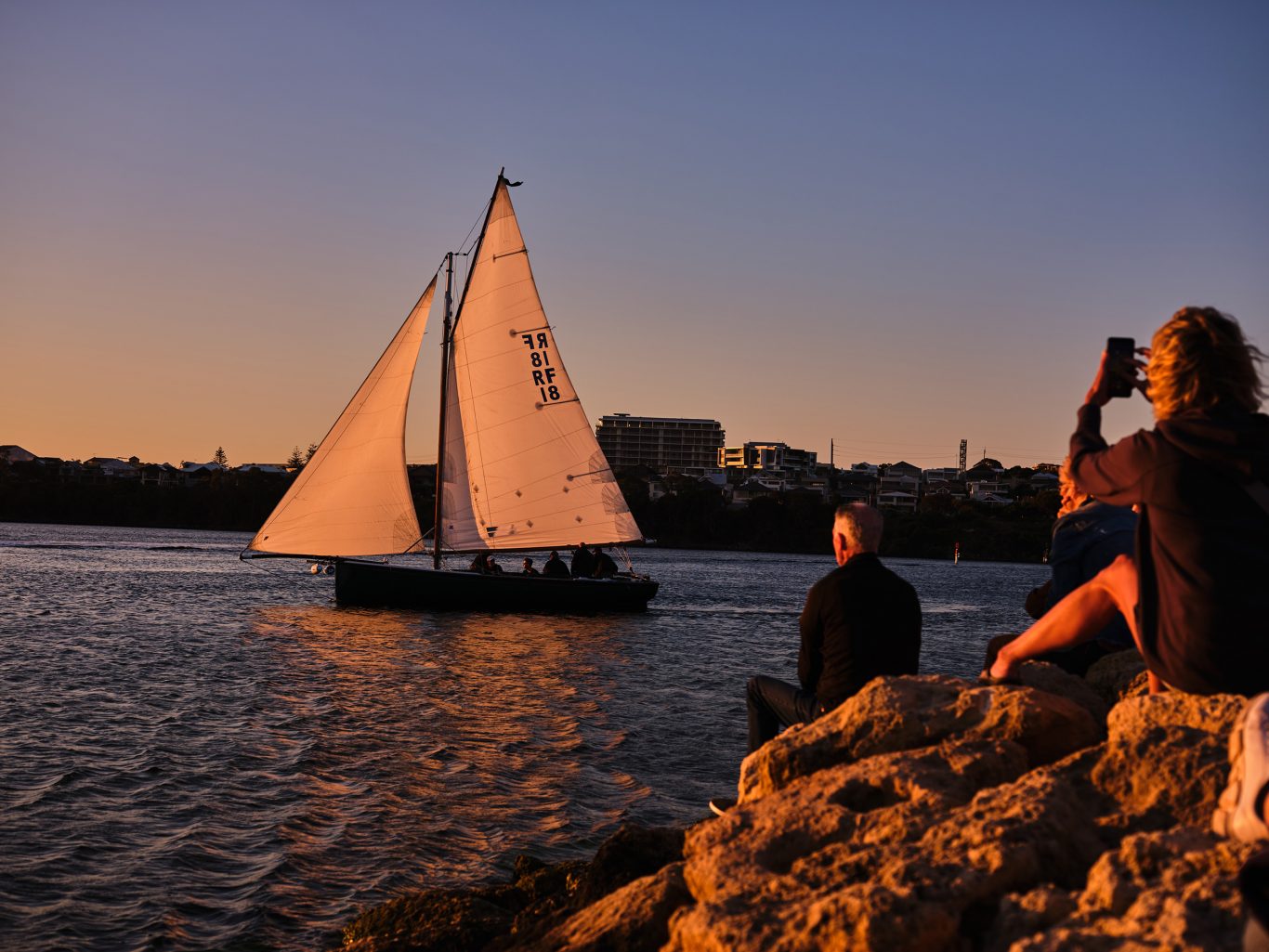 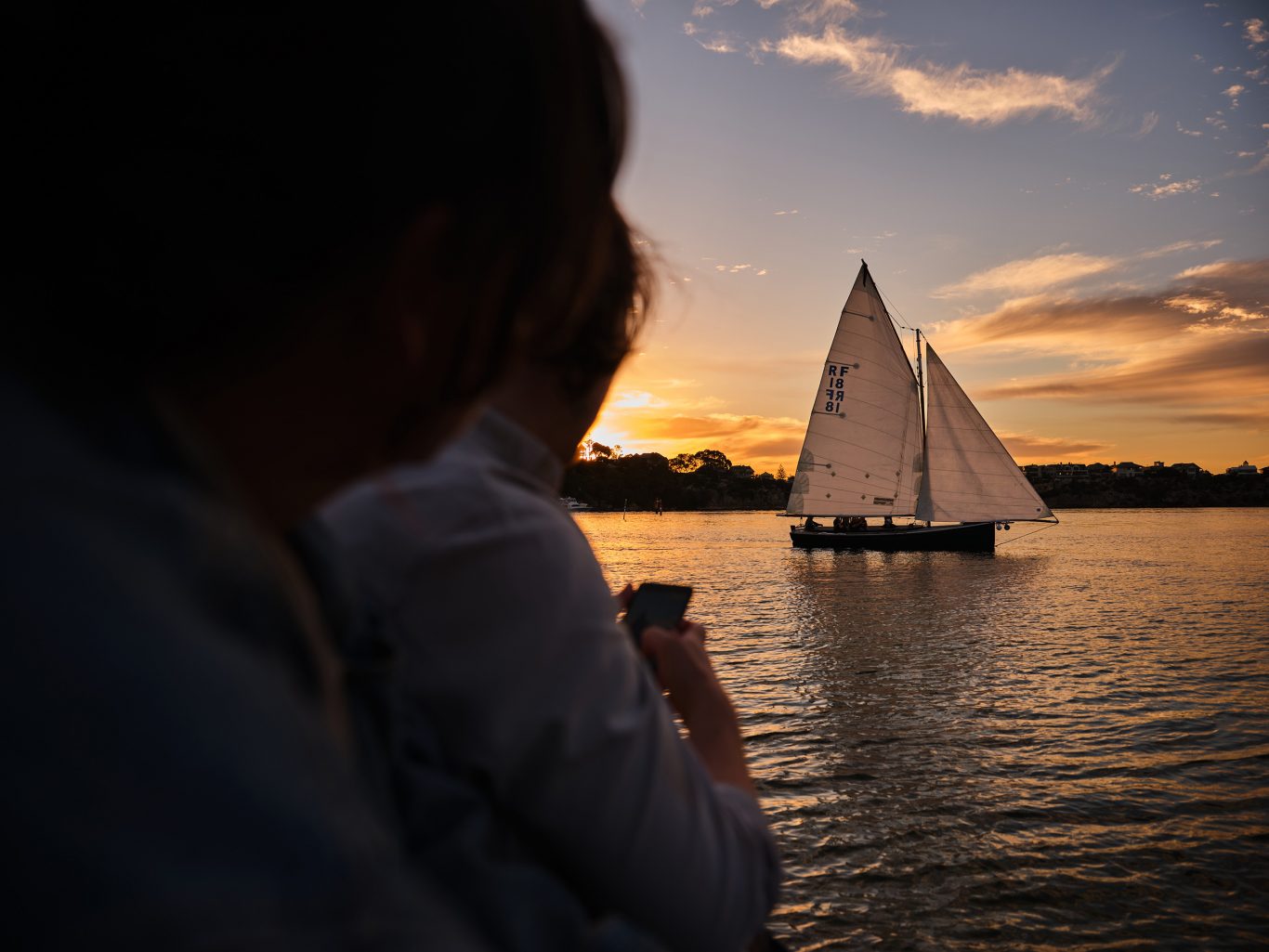 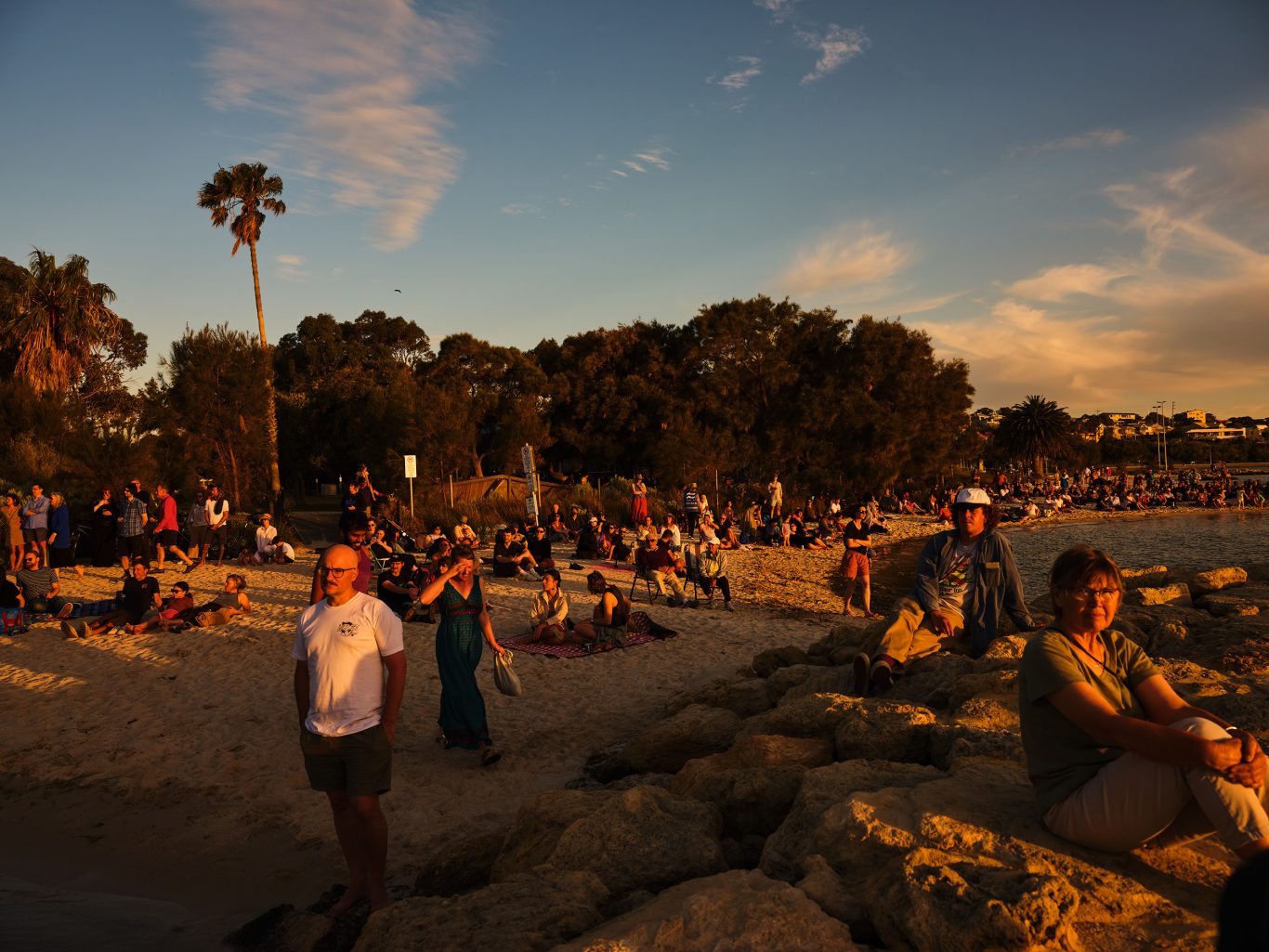 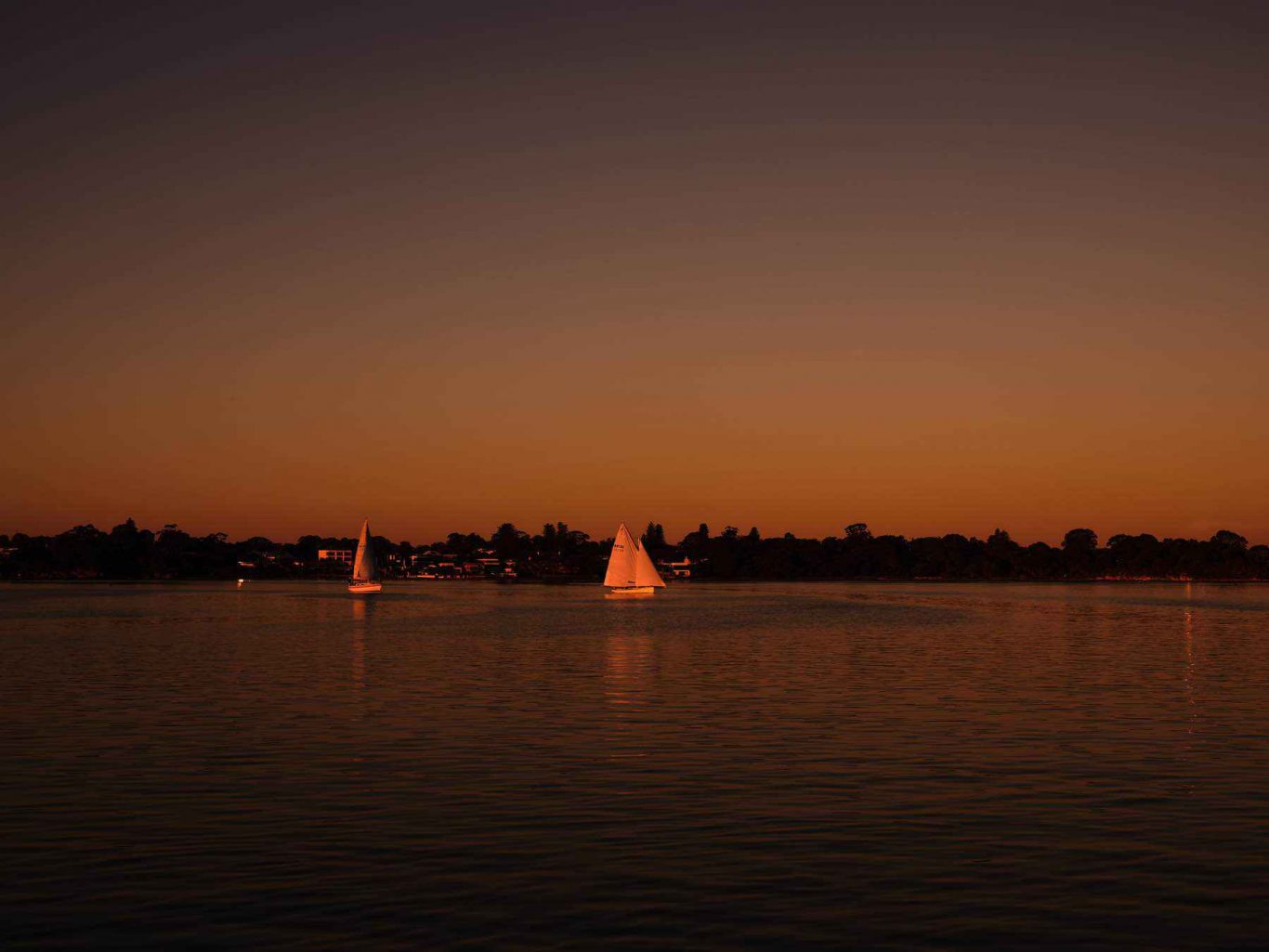 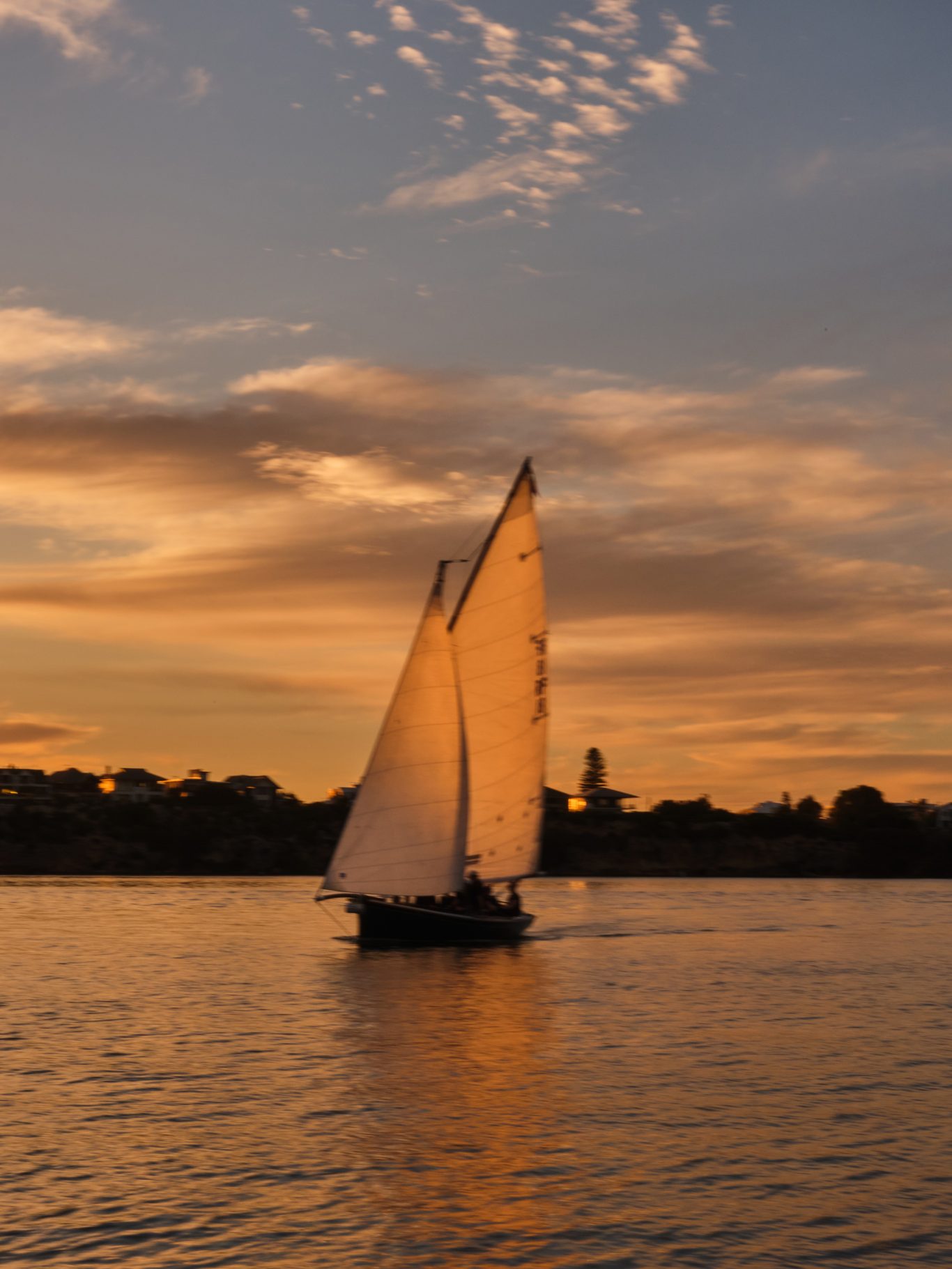 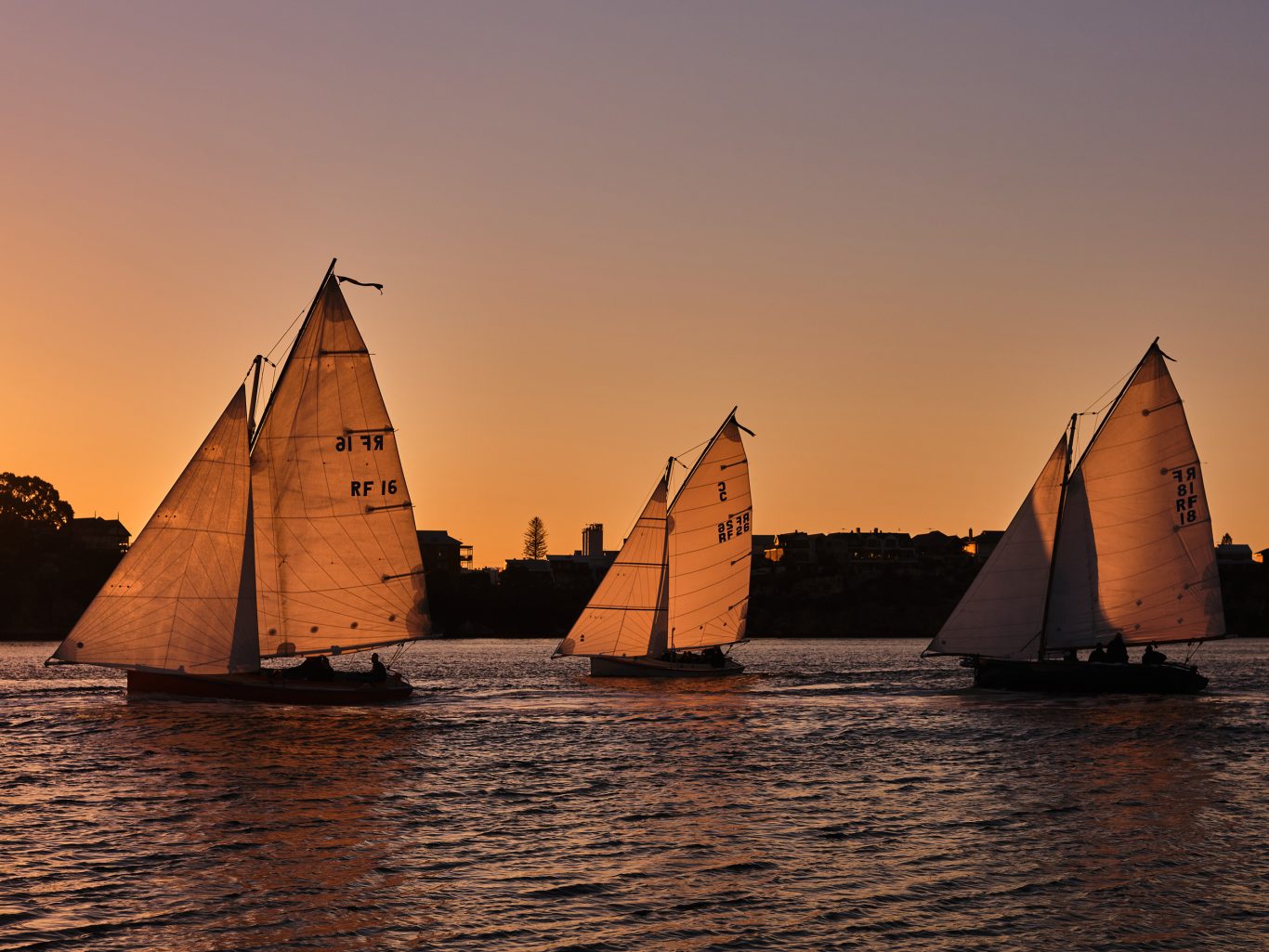 On the horizon, a small group of couta sailing boats gather, calling out to the bilya (river) and audiences along the shoreline.

A new work by composer Rachael Dease, sound designer Tim Collins and Perth’s small community of couta boat custodians, Vespers is a sound, music and performance piece imagined for and carried across the river.

At once performers, orchestra and dancers, this small floating chorus of yachts will travel downstream at sunset, drifting with song to a waiting audience.

Rachael Dease’s artistic practice encompasses art music, film and theatre scoring, installation and songwriting. Graduating from the Western Australian Academy of Performing Arts, she won the inaugural Martin Sims Award at Fringe World, the Melbourne Fringe Music Award and received critical acclaim at New York Fringe Festival for her contemporary song cycle City of Shadows. Her composition and sound design for theatre include the Helpmann Award-nominated It’s Dark Outside (The Last Great Hunt), Sunset (Strut Dance/Maxine Doyle) and Rest (WAYTCO). Installation includes Black Mass (PICA) Winter Feast 2018 & 2019 (Dark Mofo), Museum of Water (Perth Festival), and Like Embracing Ice (Fremantle Arts Centre). Rachael was awarded the 2017 Department of Culture and The Arts Performing Arts Fellowship, and won the Performing Arts WA award for Best Music for Let The Right One In (BSSTC) and has been a Besen Fellow at Malthouse Theatre. Residencies include PICA, Proximity Festival, Lumen Studios, Italy and The Arctic Circle. In 2020, she was Prelude Composer In Residence at Gallop House, Western Australia where she wrote her first solo album Hymns for End Times which was performed with the West Australian Symphony Orchestra in February 2021 for Perth Festival.

Tim Collins is a sound designer, composer, musician, technician, and tour manager. He has worked in the entertainment industry since 2001 across performance and logistics for theatre, festivals, concert and studio productions, musical theatre, and live broadcast. Tim has mentored at the West Australian Academy of Performing Arts and currently lectures Technical Theatre Fundamentals at Curtin University.

Sound design and Composer credits include, Fearless, Xenides, Fully Sikh, Oklahoma! and Black Brass. Technician credits include, Boundary Street, Next to Normal, Clinton The Musical, Summer of the Seventeenth Doll, Let The Right One In, Xenides, Our Town, The Torrents, Cloudstreet, The Rabbits, A Ghost In My Suitcase, My Robot, Fully Sikh and House.

The recommended viewing area is an outdoor grassed area. As this work occurs around sunset, we recommend bringing warm clothes, water, a rug to sit on and plenty of snacks.

There is limited shelter available at this location. If appropriate, bring wet weather gear.

Latecomers will be admitted but may miss out!

All-access parking and ramps are available.

All-access toilets, picnic tables and public BBQ’s are available at this location. There are no public water fountains, so we recommend bringing plenty of water.

From Fremantle Station: Catch the 148 bus to stop 10439, from which it is a 12 minute walk to John Tonkin Reserve.

Track mat will be laid over the sand for easier access.

Parking: Accessible parking is located at the Zephyr Car Park, which is 150m from the event area.