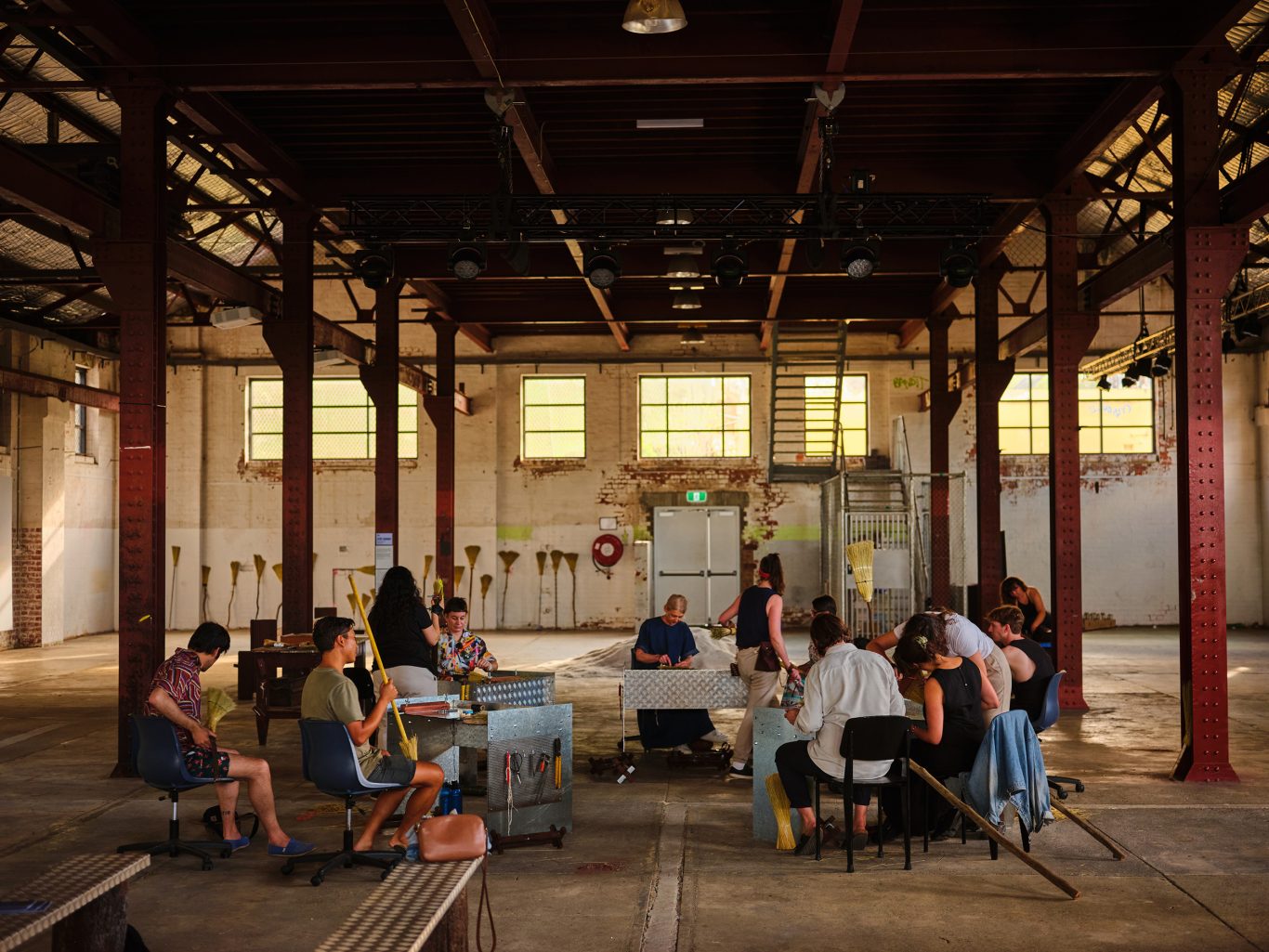 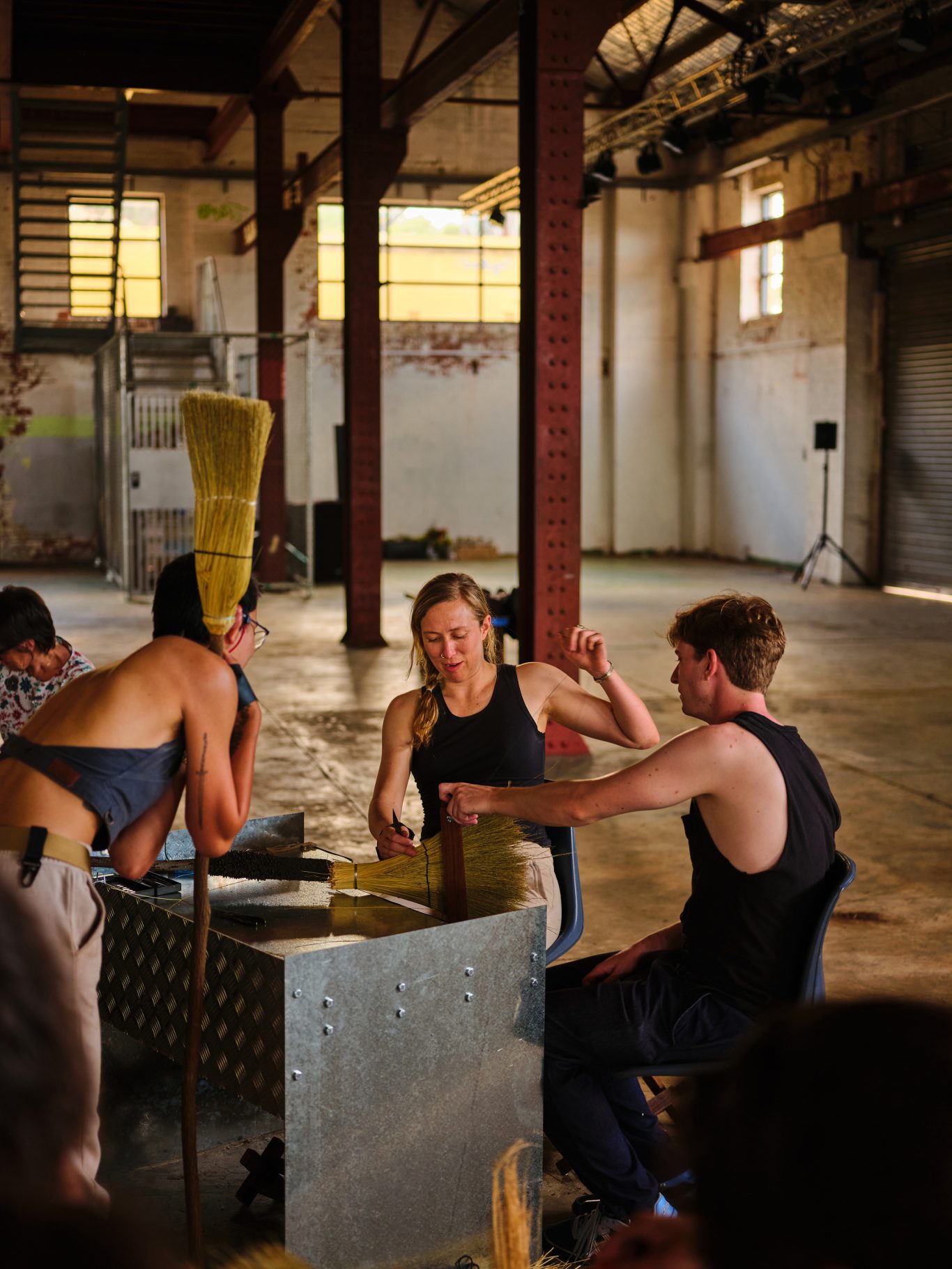 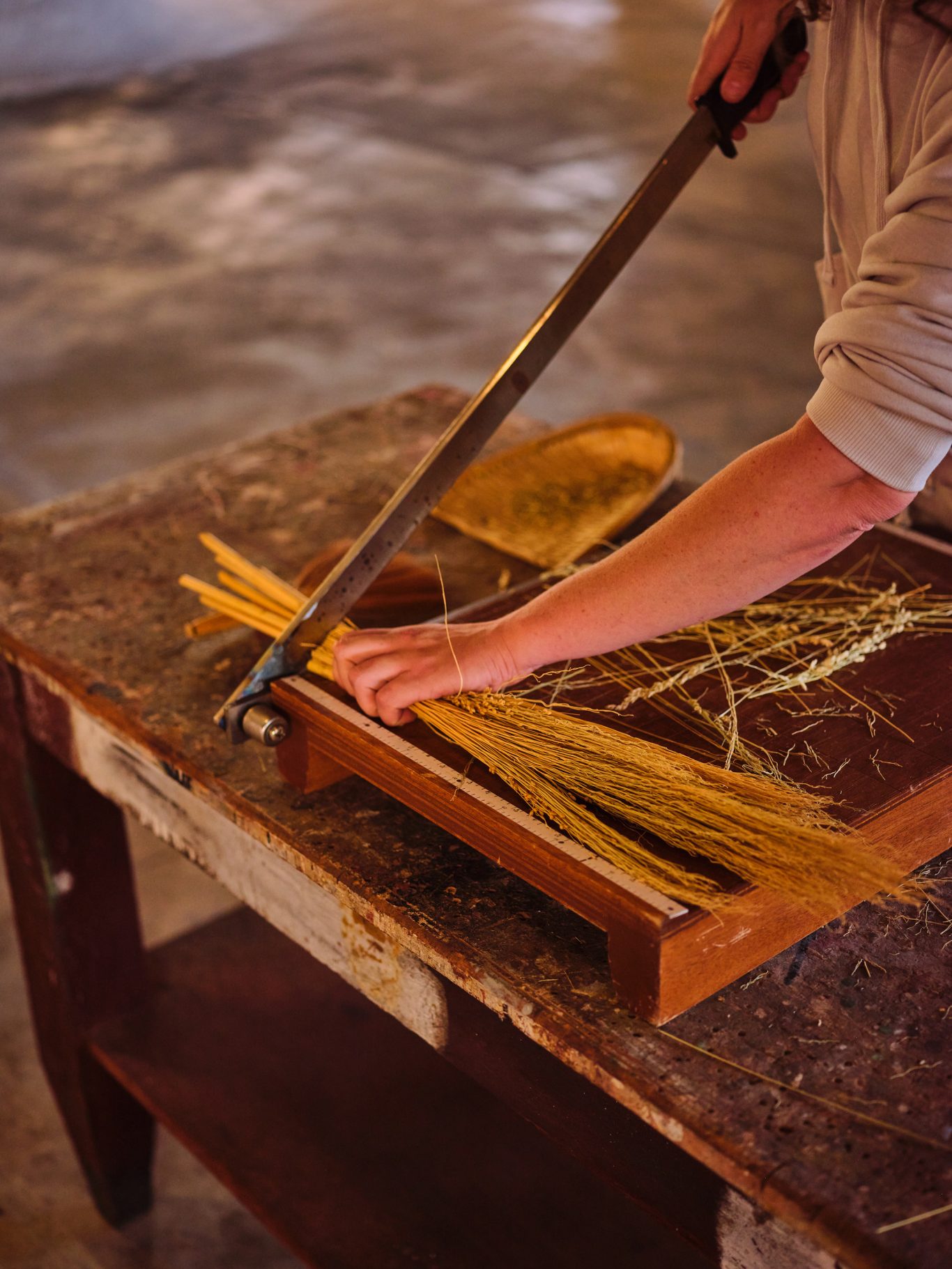 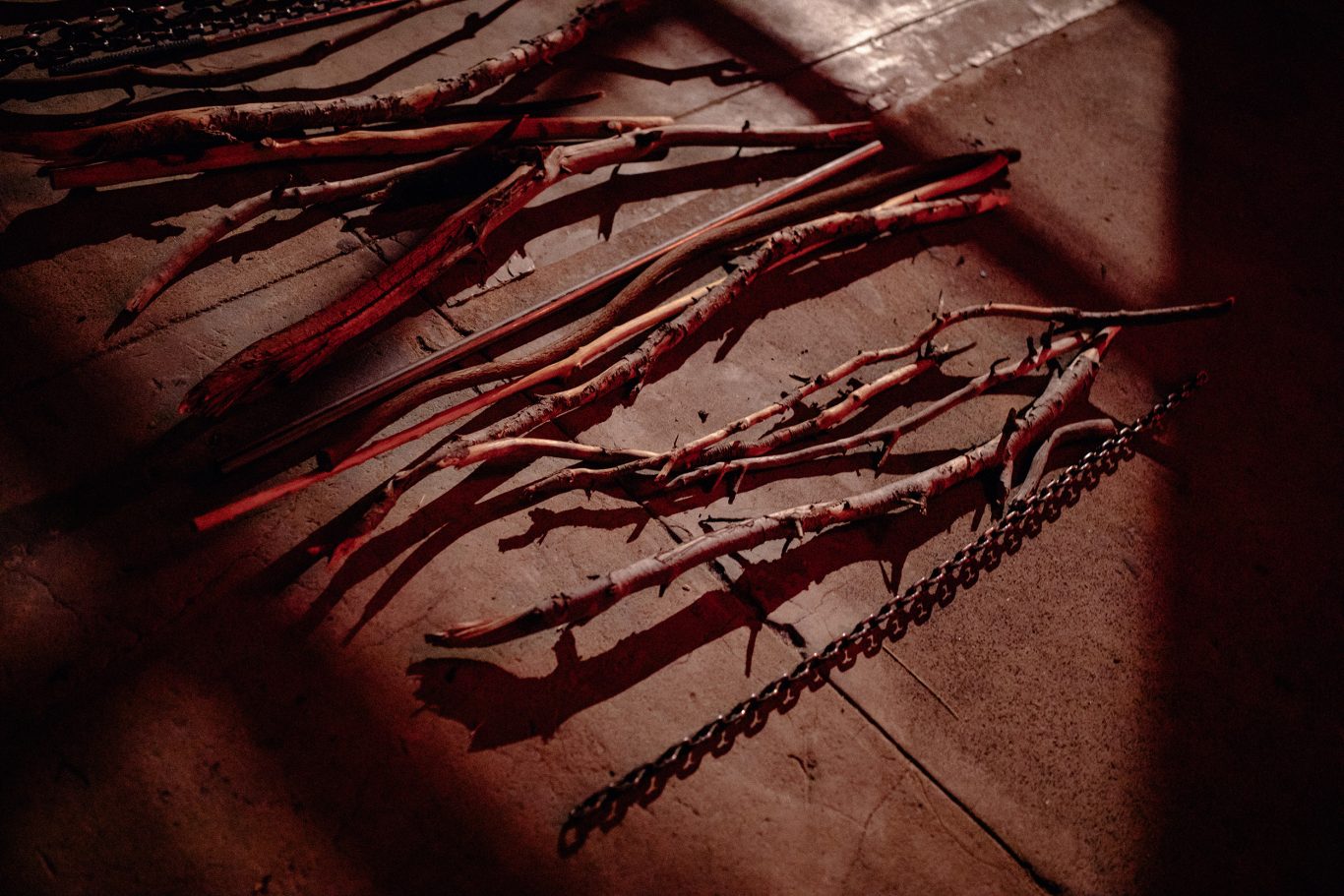 When considering a notion like tradition, who decides what is kept and what is swept away?

In Millennial Reaper, artist Loren Kronemyer attempts to make a broom from scratch. With the Naval Store as their workshop, Loren and a team of collaborating artists learn the complete art of broom-making, a tradition that crosses continents and timelines.

Across the three weeks of the Fremantle Biennale, this living installation invites you to witness and participate in the transformation of matter through sowing, reaping, baling, stitching and sweeping.

Where does a broom begin? It begins in bale of millet that becomes the broom, in the cultivated, globally traded grain that becomes the bale, and in the stolen, stripped, and economised land that becomes the grain. In the hands of different users, the broom has equal potential to uncover, rearrange, obscure or destroy.

By following the journey from raw material to finished object, audiences are invited to uncover the complex international, intergenerational and interspecies echoes that live inside everyday things.

Millennial Reaper has been developed on the land of the Palawa people in Lutruwita / Tasmania, on the lands of the Wiradjuri, Wolgalu and Ngunnawal Aboriginal people in New South Wales, and on the lands of The Njaki Njaki and Whadjuk people of the Noongar Nation in Western Australia.

Loren Kronemyer is an artist living and working in remote lutruwita (Tasmania), Australia. Her works span objects, interactive and live performance, experimental media art, and large-scale worldbuilding projects aimed at exploring ecological futures and survival skills. Her latest solo show True Aim opened at Michael Bugelli Gallery in April 2021. Her recent work After Erika Eiffel has toured to ANTI Festival of Live Art 2019 (Finland) and MONA FOMA Festival 2020 (lutruwita/Tasmania). She is co-curator of the show PREPPERS, touring across Australia since 2017. In 2016, her collaboration Pony Express created Ecosexual Bathhouse, a touring queer sex club for the entire ecosystem. In 2017, Loren was the first artist in residence at the International Centre for Radio Astronomy Research. She collaborates frequently with laboratories and received the first Masters of Biological Arts Degree from SymbioticA Lab at the University of Western Australia. Her work has been hosted by Santarcangelo Festival (Italy), Forum of the Future (Portugal), Interformat Symposium (Lithuania), Dark Mofo (AU), Liveworks (AU), Next Wave (AU), The Perth Institute for Contemporary Art, The Perth International Arts Festival, The School of Visual Art (New York), and the International Symposium of Electronic Arts. She is seasonal lecturer for the Icelandic Academy of Arts Masters of Performing Arts Program, and a PhD Candidate at the University of Tasmania.

This event has a number of ways to be experienced which include:

The broom-factory will be open for visitors to make a broom from 13 – 13 Nov, 3 – 6pm | Bookings are essential for this session.

Weather: This is an indoor event, and protected from the elements. As it is a large warehouse space with limited heating/cooling, we recommend bringing weather appropriate clothing.

Facilities: There are toilets, including all-access toilets in the venue. Water and seating is also available.

There is limited parking around the Naval Store, and we encourage walking, riding or catching public transport if possible. The venue is a 20-minute walk from both North Fremantle and Fremantle Station.

Parking and ramp access is available from Tuckfield Oval Parkland, Fremantle. The event area is accessed down a ramp and a footpath, a 180m walk.