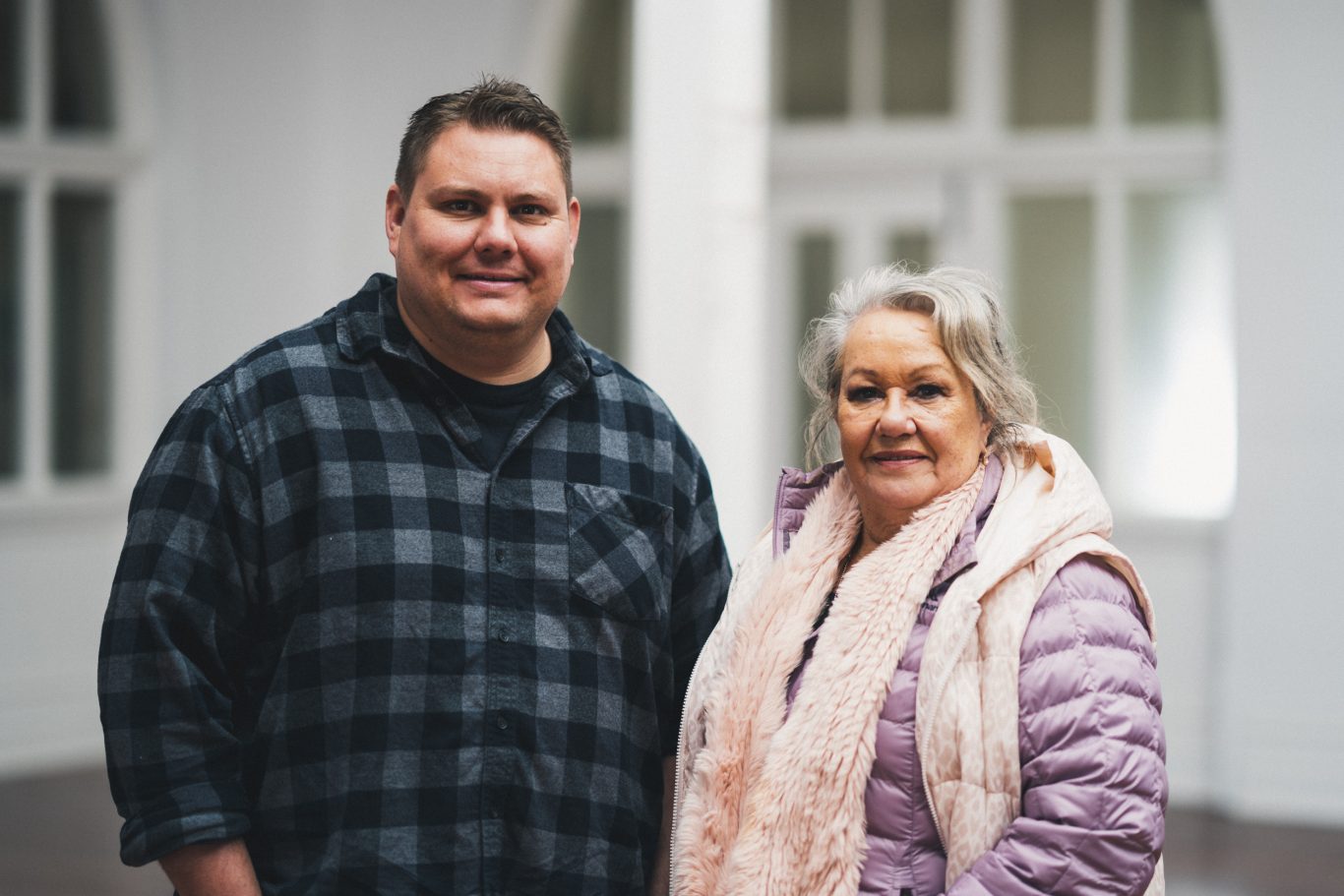 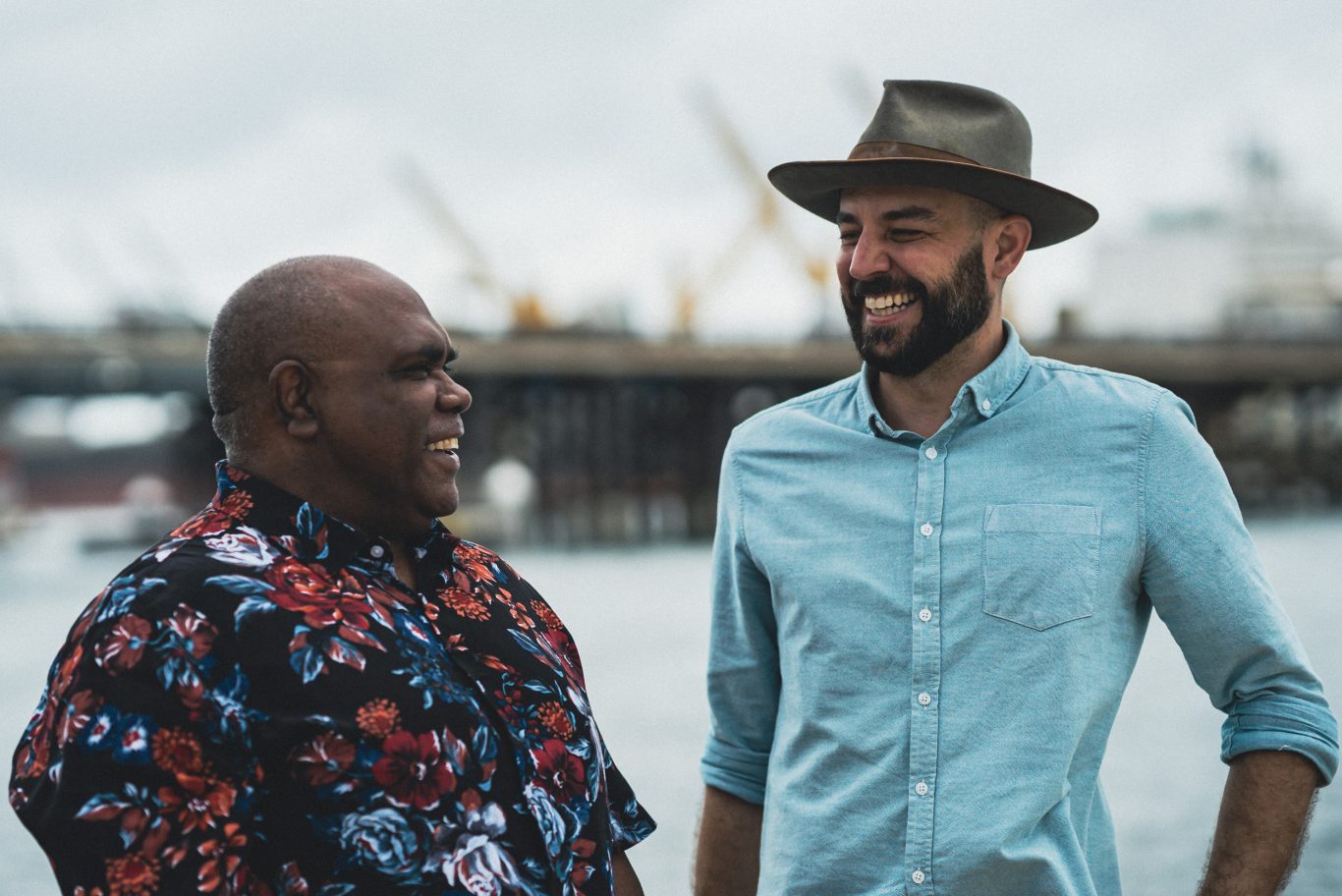 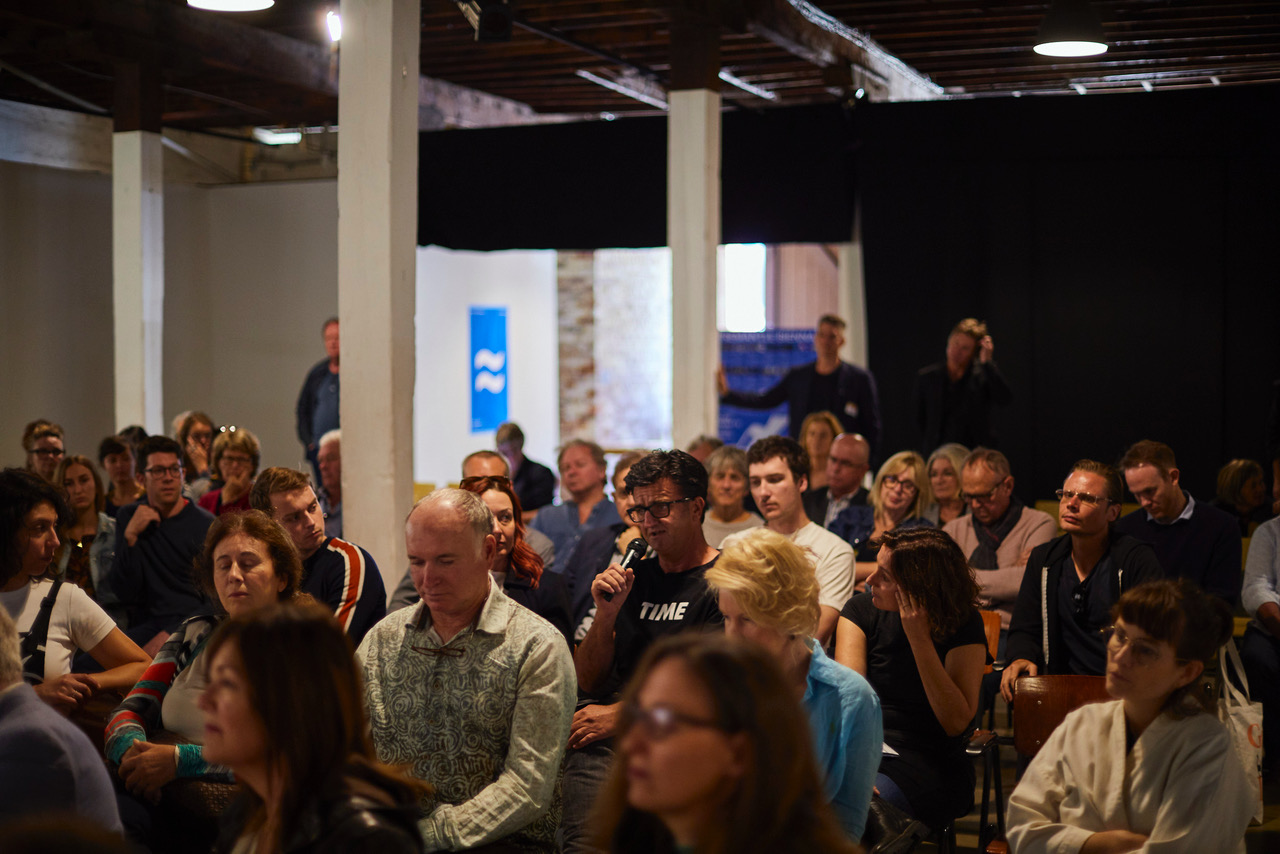 The Fremantle Biennale presents a unique moment for us to consider what place-responsive and inclusive art practices are and can be. Within our 2021 program, many of our artists have chosen to collaborate across cultures, working with Traditional Owners to nurture a deeper understanding of place.

A series of conversations, across two days, Creative Conciliations will raise questions around collaboration, ethics and place-responsive arts practices in Australia. Discussions will be driven and grounded by keynote addresses from some of Australia’s foremost Indigenous and non-Indigenous leaders, alongside panel discussions with Fremantle Biennale artists and invited guests. In a timely conversation, this event will generate important discussions about respect, recognition and reconciliation in arts practice.

Clothilde Bullen, a Wardandi (Nyoongar)/Yamatji woman, is Curator of Aboriginal and Torres Strait Islander exhibitions and collections at the Museum of Contemporary Art. She was previously Curator of Indigenous art at the Art Gallery of Western Australia, Perth, where she worked for over a decade. She has curated a number of shows independently including Darkness on the Edge of Town in 2016 at Artbank, Sydney, and When the Sky Fell: Legacies of the 1967 Referendum at the Perth Institute of Contemporary Art in 2017. She is the coeditor of the black edition of Artlink magazine in 2018 and is a board member on Artmonthly magazine. Clothilde has written and had feature essays in a number of catalogues including Defying Empire, Tarnanthi and Being Tiwi, and been published extensively including in Artlink and Sturgeon. She is an alumni member of the British Council Accelerate Scholarship for Indigenous leadership in the arts.

Chad Creighton is the Chief Executive Officer of the Aboriginal Art Centre Hub of Western Australia. Chad is a Bardi and Nyul Nyul man from the Kimberley region of WA. Born in Broome he lived in the township and surrounding communities for most of his life. He studied Fine Art at the University of Western Australia and Heritage Studies at Curtin University. Chad has a diversity of knowledge and experience working in the arts, heritage and native title. His work experience includes, curatorial experience with the Art Gallery of WA, development of the Desert River Sea project, coordinating heritage and environmental activities and managing native title services in the West Kimberley. He is currently a board member of the Darwin Aboriginal Art Fair, WA Museum Aboriginal Advisory Committee member, Revealed Advisory Committee member and formerly committee member of the City of Perth Cultural Advisory Group.

Sue-Lyn Aldrian-Moyle is an artsworker and advocate and co-founder of Creative Collab. She has worked at the Aboriginal Art Centre Hub, John Curtin Gallery and Artsource to support Western Australian visual artists to drive artist-led initiatives and capacity building. As a Third Culture Kid, she grew up in Kuwait, London and Jakarta and champions arts practice as being integral to the identity of individuals and communities. Through the founding of Creative Collab. as a social enterprise for creative industry, she steers program development, equity and inclusion, stakeholder engagement and fundraising. In a pre-kids life as a photographer and writer she resided in Hong Kong, Cambodia and China. She admins online forums including Australian Arts Amidst Covid-19 and Surfing Down South.

Callum G’Froerer (b. 1988) is an Australian trumpet player based in Melbourne and active in various improvised and notated musical settings. Originally from sunny Perth, he was based in Berlin from 2015–2018, and Melbourne from 2012–2014. He has performed in the USA, Italy, UK, Japan, Portugal, Denmark, Norway, Turkey, Taiwan, Germany and Singapore, and has performed world and national premieres of works by Ann Cleare, Karlheinz Stockhausen, Liza Lim, James Rushford, Laure Hiendl, Cat Hope, Alice Humphries, Simon Charles, Iain Grandage and Eres Holz. Callum was long-listed for the 2014 Freedman Jazz Fellowship and the 2015 Freedman Classical Fellowship. His long-term composition project Charcoals spans electro-acoustic works, field recordings, performance pieces, and acoustic chamber music – all performance/site-specific.

Sandra Harben is a Whadjuk and Balardong Nyoongar woman. Sandra is the principal of Richmond Consultancy, which facilitates cross-cultural awareness training workshops (CCWTW) throughout the South West and metropolitan areas. Sandra has undertaken extensive community and stakeholder engagement as a member of the Whadjuk Working Party for the WA Museum.

Rohin Kickett is a Nyoongar artist from the Balardong region. His practice revolves around paint and photography with a particular focus on mark making. The inspiration behind his work stems from experiencing first hand the impact of colonisation on his family and community and from his connection to Country. Rohin is driven to shed light on the issues that Aboriginal people are facing today with a willingness to foster stronger relationships with the broader Australian public.

Ilona McGuire is a proud young Noongar/Kungarakan woman whose ancestry extends from Whadjuk Country to the Fitzmaurice region of the Northern Territory. Currently studying a Bachelor of Arts (Fine Arts) at Curtin University, Ilona’s artistic direction was inborn with creative family members inspiring her to develop her talents. As a wide reader and humanitarian, Ilona’s artistic process is informed, consultative and accessible. Recurring themes such as cultural identity, spirituality and traditional versus contemporary Indigenous values reflects her own learning journey as a grounded young Indigenous woman in an increasingly ephemeral world.

Jazz Money is an award-winning Wiradjuri poet, a fresh-water river woman currently based on beautiful Gadigal land, in the place now known as Sydney. Her practice is centred around the written word while producing works that encompass installation, digital, film and print. Jazz’s debut collection how to make a basket is available through University of Queensland Press.

Grant Revell is an environmental designer and planner, critic, writer, Dame Elisabeth Murdoch scholar, and expired professor, and he wants us all to think & feel more in the shared intertidal zone of being artful. Of being ‘Derbarl Yerrigan’ meaning ‘rising waters’ of our estuary, where some say Swan River. He is on the Fremantle Biennale’s Advisory Board, lives on the beach in North Fremantle, rides a bike and drives an old 404 Peugeot.

This is a seated event.

Weather: This is an indoor event, and protected from the elements.

Latecomers: Will be admitted, at appropriate intervals so as not to disrupt the speakers.

Facilities: Toilets, including all-access toilets, are available at the Maritime Musuem.

There are many cafés and restaurants located in the E-Shed Markets, which is just a 2 minute walk from the WA Maritime Museum, and Fremantle’s West End boasts local favourites such as Pasta Addiction (affordable home-style pasta dishes), Jungle Bird (Jamaican flavours and inventive cocktails) and Quasimodos (A small café with authentic Italian pizza by the slice).

Accessible parking at the Wilson Parking – Victoria Quay Car Park is located next to the WA Maritime Museum, allowing a short 30m walk to the venue.

Both days of the Creative Conciliations will be Auslan Interpreted.